The beginnings of construction of the Celestial Harp.

In a basement on this Toronto street work on building the Celestial Harp began. It was in the basement workshop of Luthier Sergei de Jonge 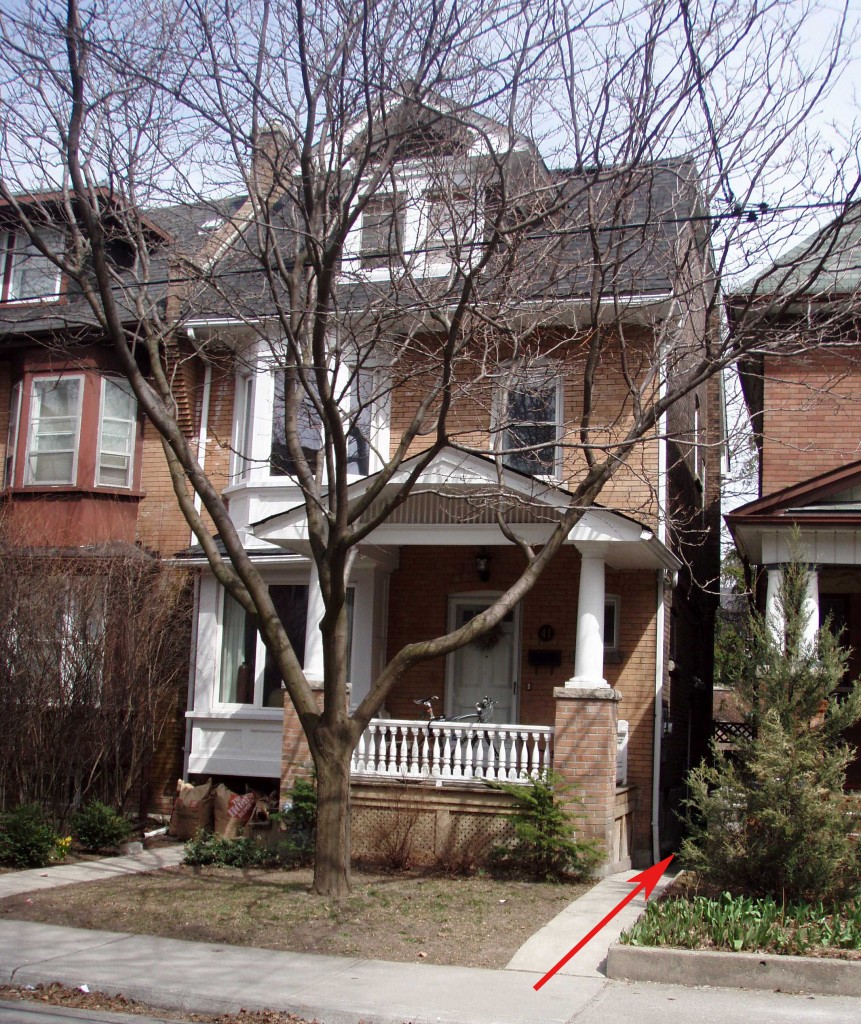 These pictures were taken yeas later. The entrance was on the side and down into the basement. The guitars were moderately sized but the Celestial Harp took up a lot of space. I worked here every weekend for about seven months and Sergei really guided me and taught me what to do.

Sergei married in September of 1978 and moved to Holland. We had put the body of the harp together and the sound board. We got the spiral bridge on just before he moved.

…….. and then I was on my own! The Celestial Harp was moved to my home… a studio warehouse on Casimir St. Where it sat for a few months until I met up with Jim Frieson, a Dulcimer and guitar maker who helped me with the last stages of the harp. At the time he was working with Olivo Espin who used to clamp down things with ropes rather than clamps. There was a deadline to complete it before the Word Symposium of Humanity Apr. 10, 1979. Jim put his heart and a lot of time into this and helped me to complete it on time. 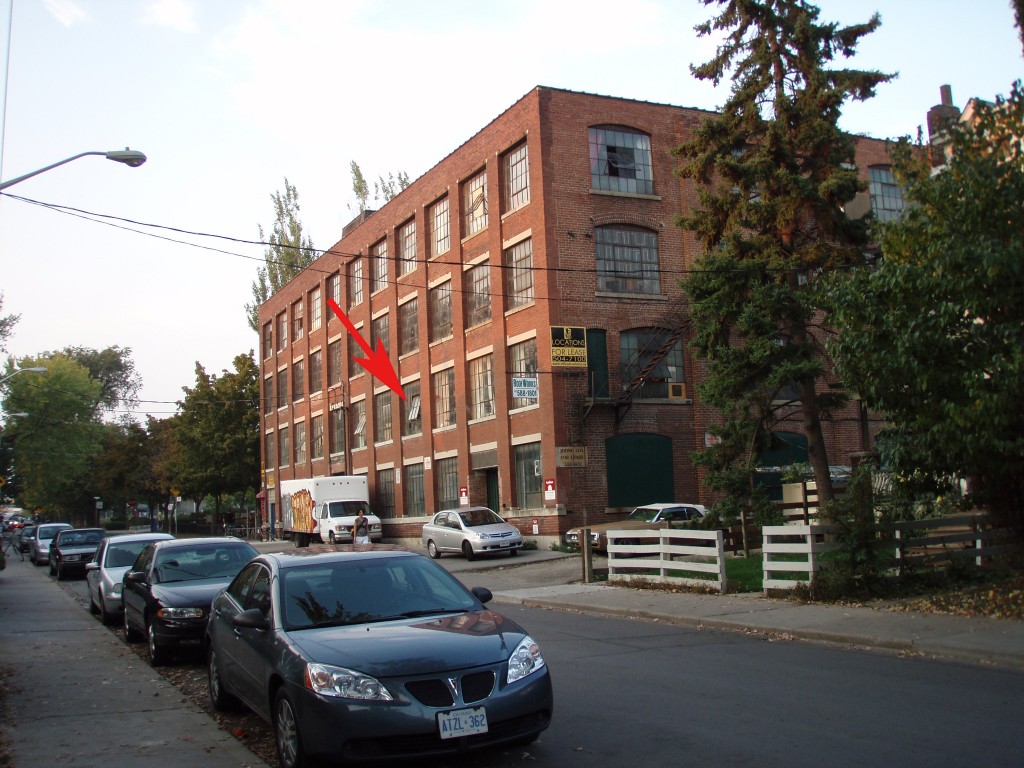 The windows from the arrow to the near end of the building was where the studio was. This picture was taken years later. We finished, sanded and got the Celestial Harp painted (with shellac).

I was left to put on the frets and then string it. The Celestial Harp then moved to my place on Casimir St. 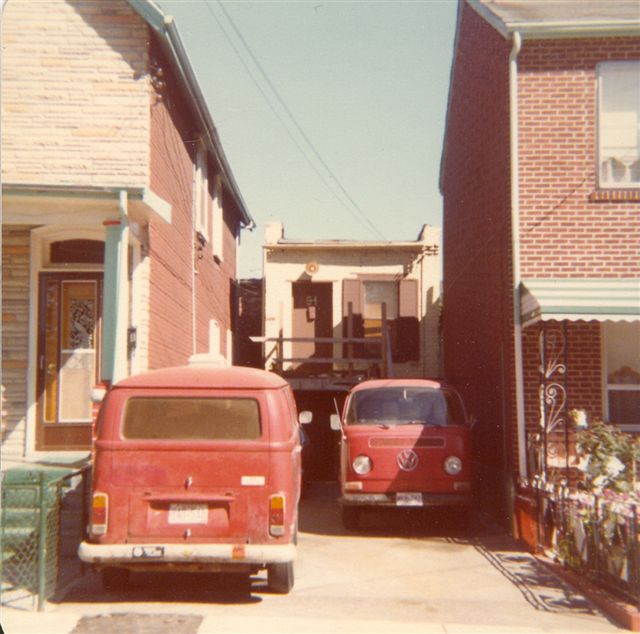 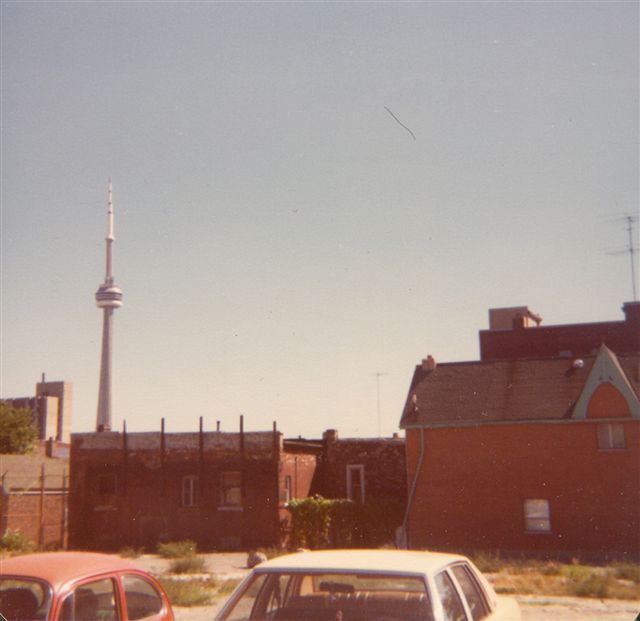 This is the side view. The warehouse behind the house was the home of the Celestial Harp.