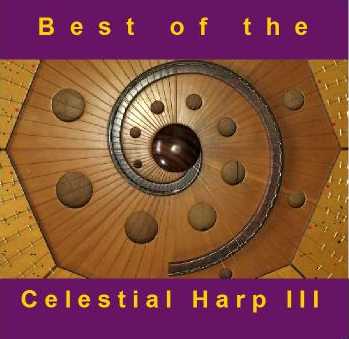 Track 04. Foundations        15’31”
Robin Armstrong and Michael Moon on the Celestial Harp, voice and other effects. The sound of Saturn recorded by the NASA Voyager flights and transformed to an audible frequency by Brain Mind Research, was used as a main drone against which the Celestial Harp and voices were added.