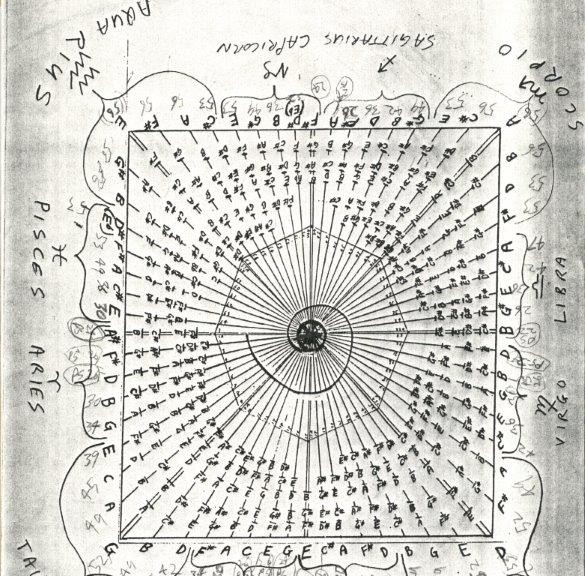 Tuning Systems for the Celestial Harp

Tuning System 01 : 1985 There were many at the beginning but I did not count or keep them all. Many people offered suggestions. I started keeping the tuning systems that were recorded with. 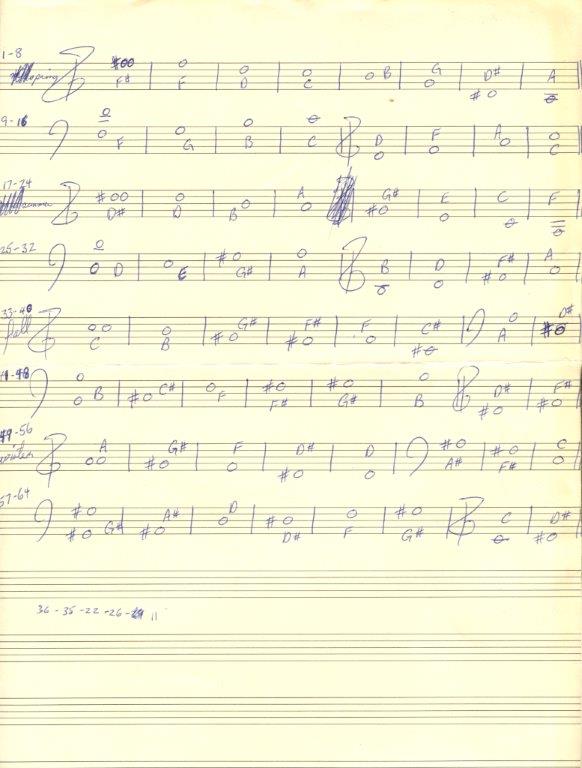 It started from here! Thanks to Brian Roche. 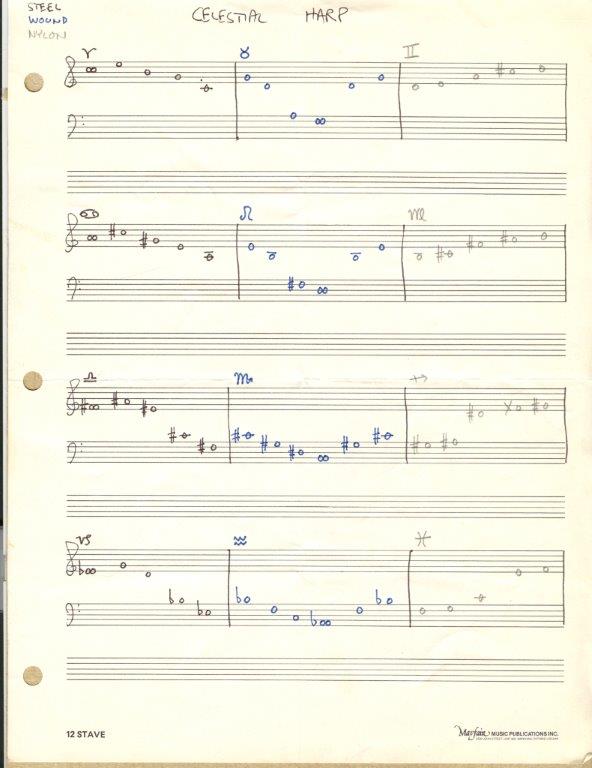 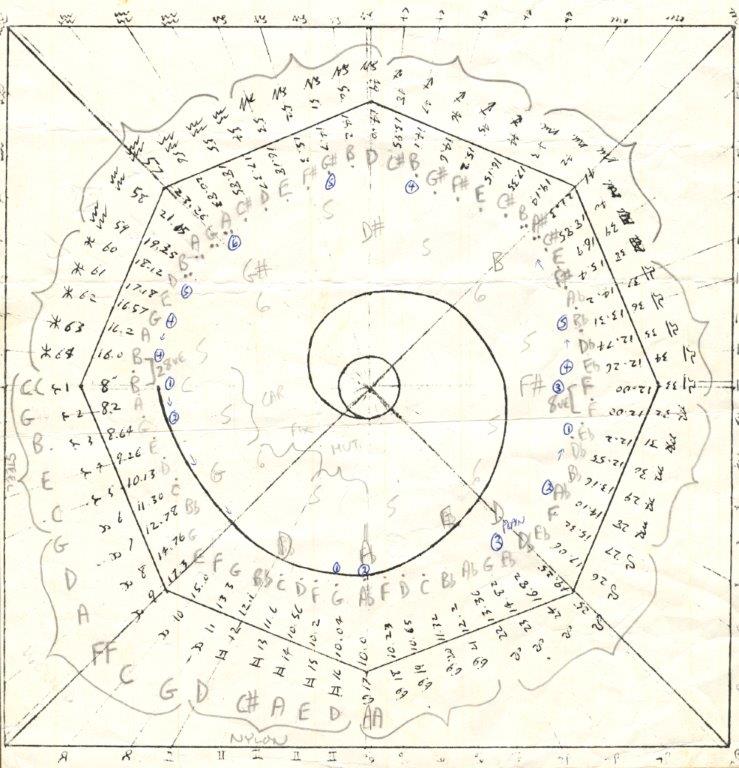 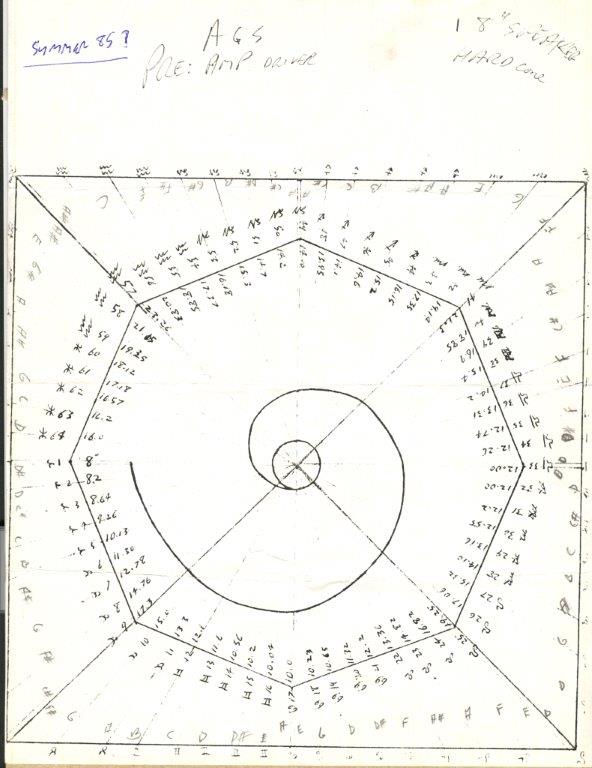 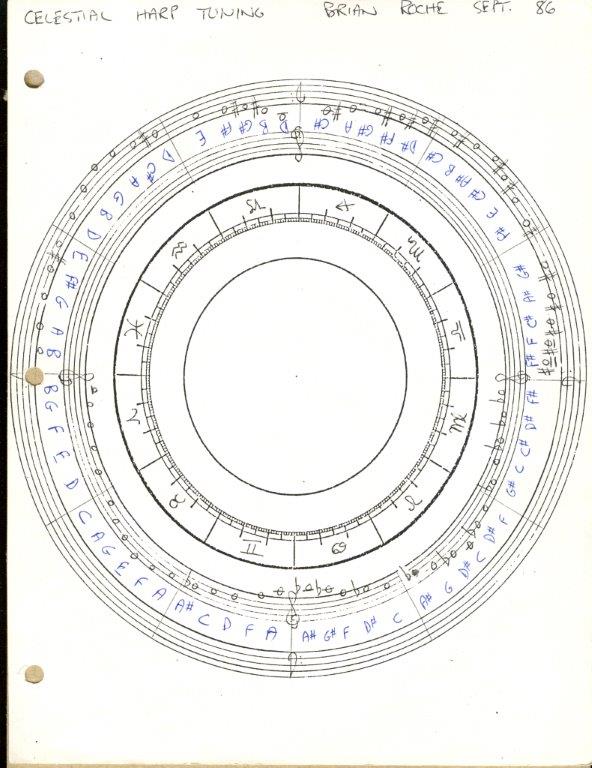 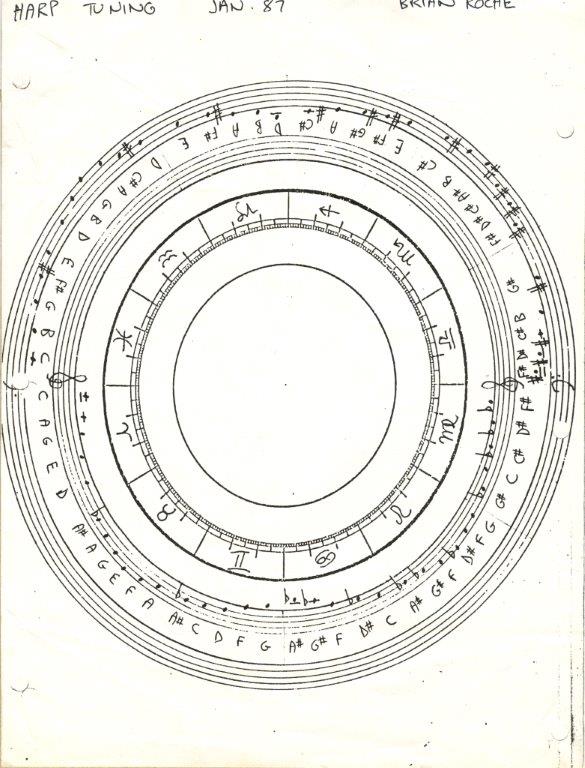 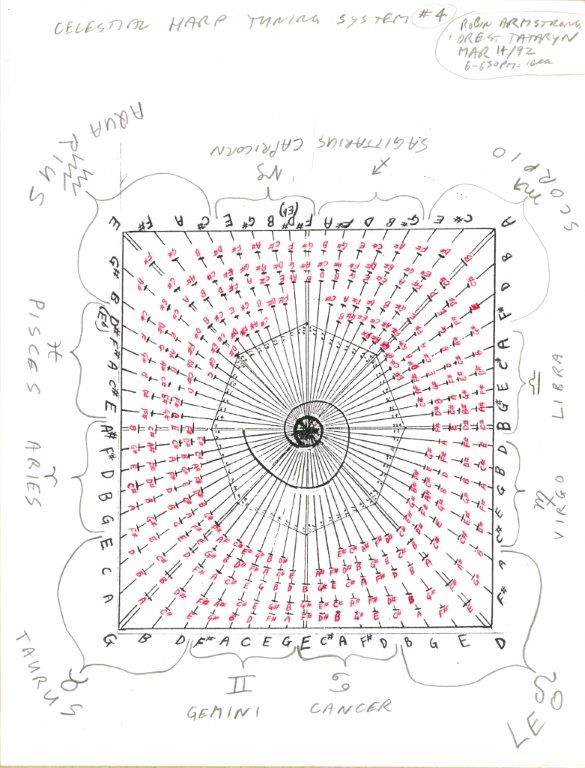 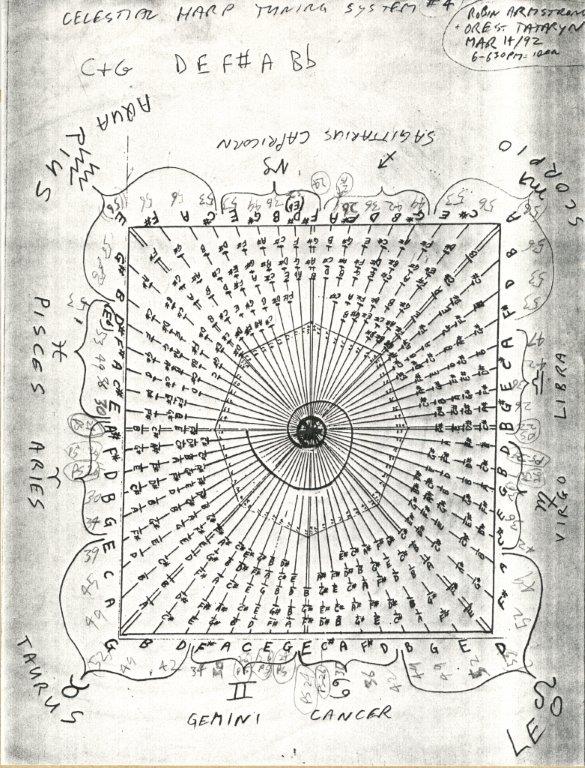 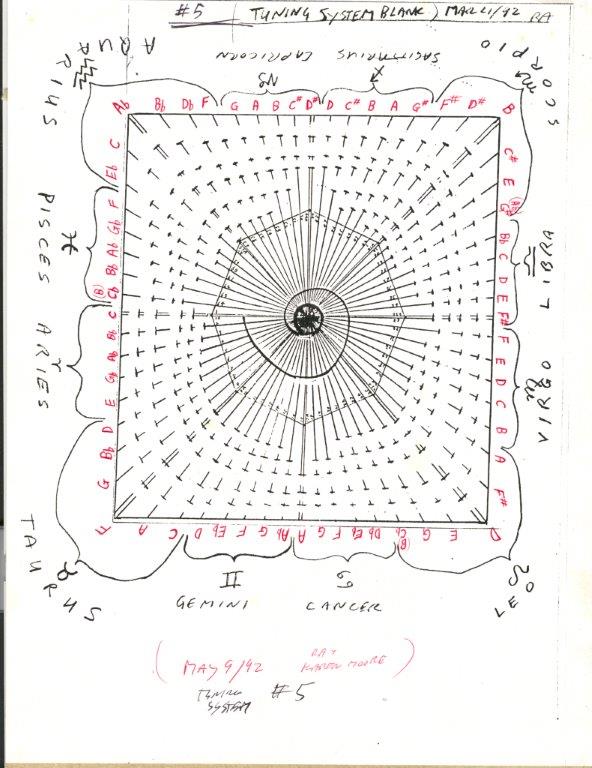 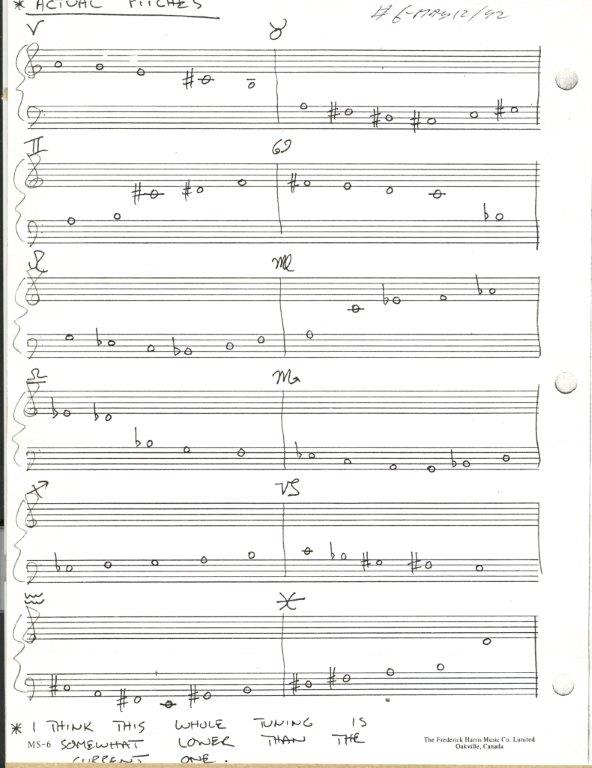 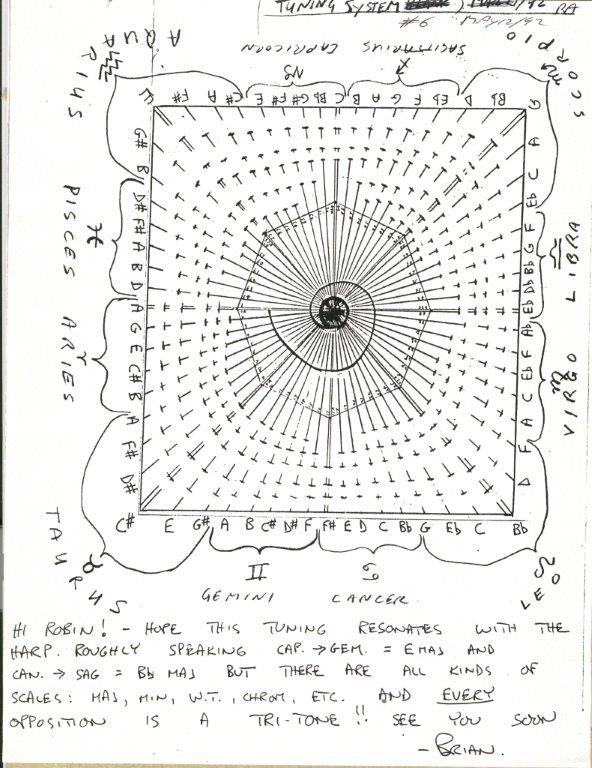 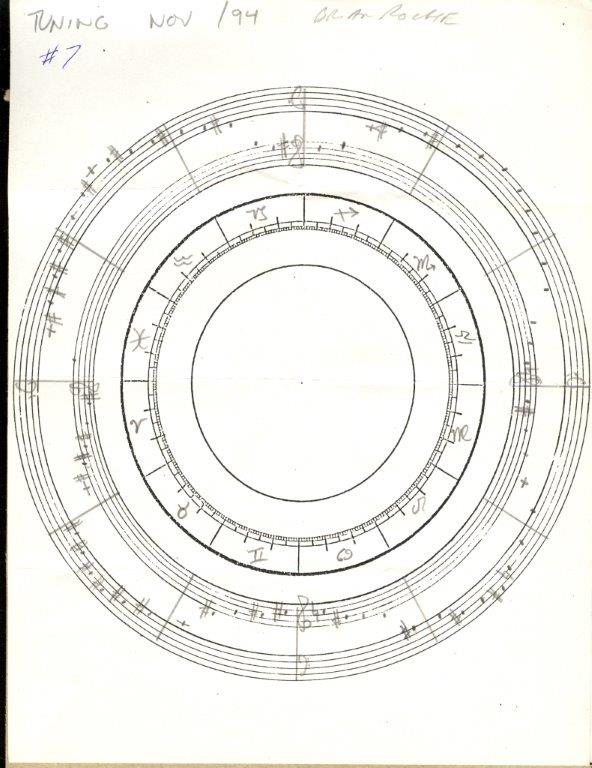 This system was put on the Celestial Harp the first time on Apr. 22, 1995 at 9:11 pm. but it was only on for about  month when I went back to the previous system. 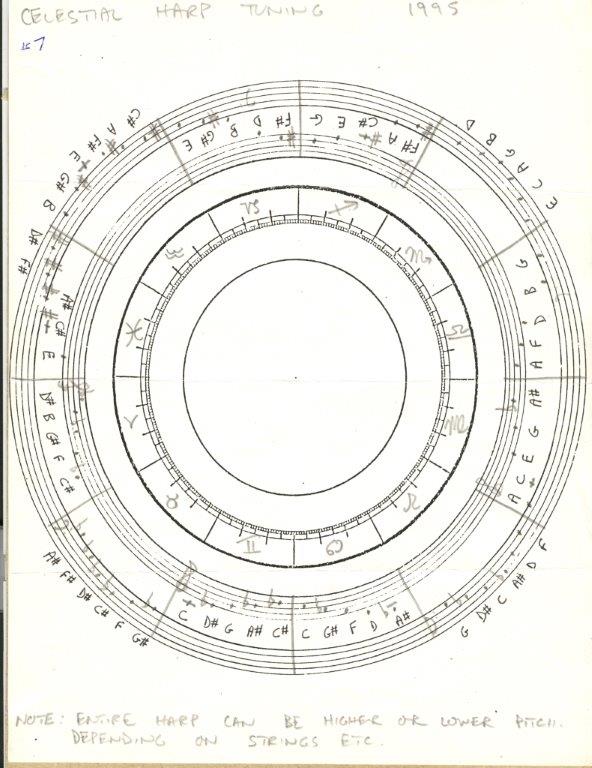 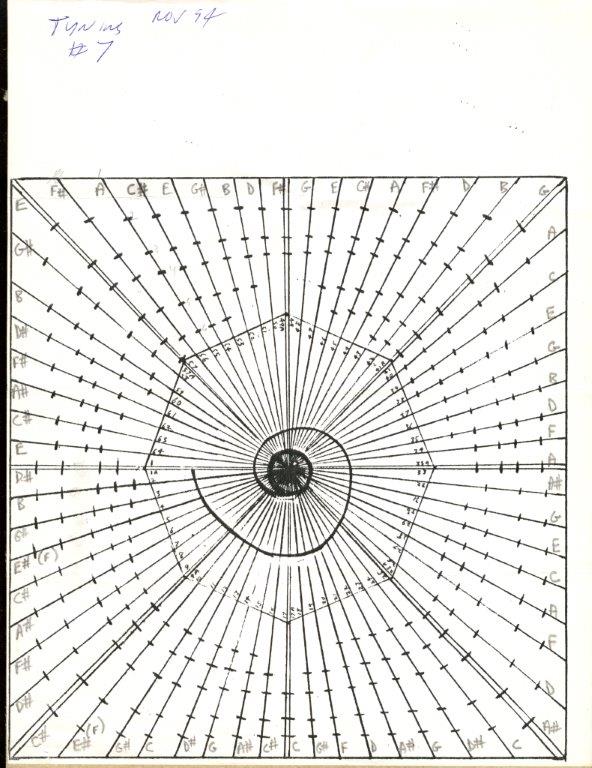 Tuning System 8: (an adaptation of system 7 by Robin Armstrong) June 9, 1996 and it was put onto the Celestial Harp the next day. 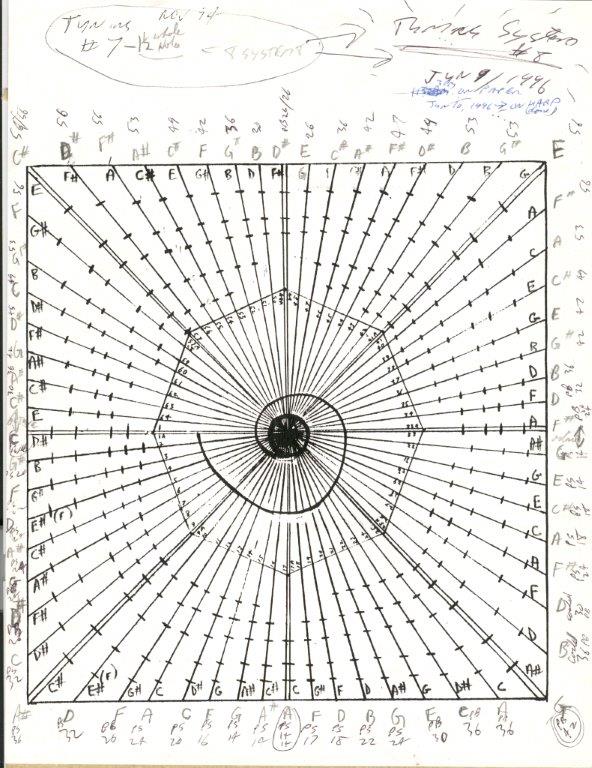 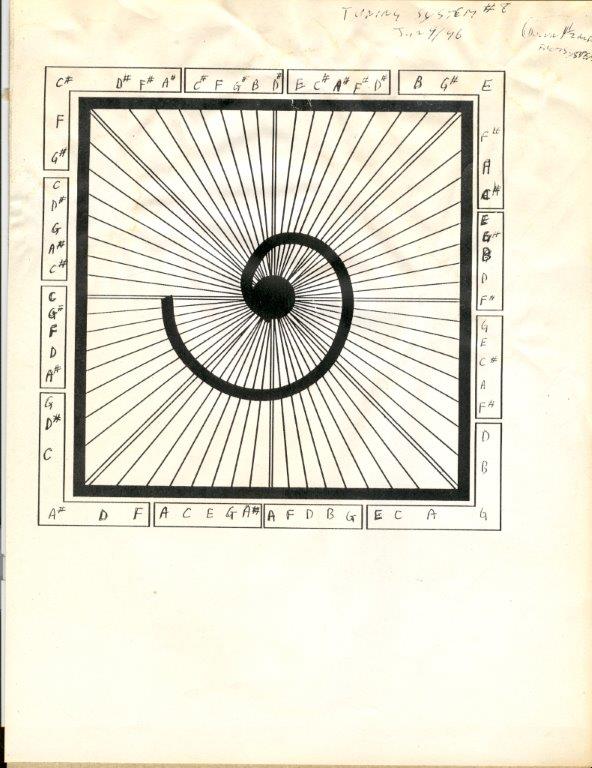 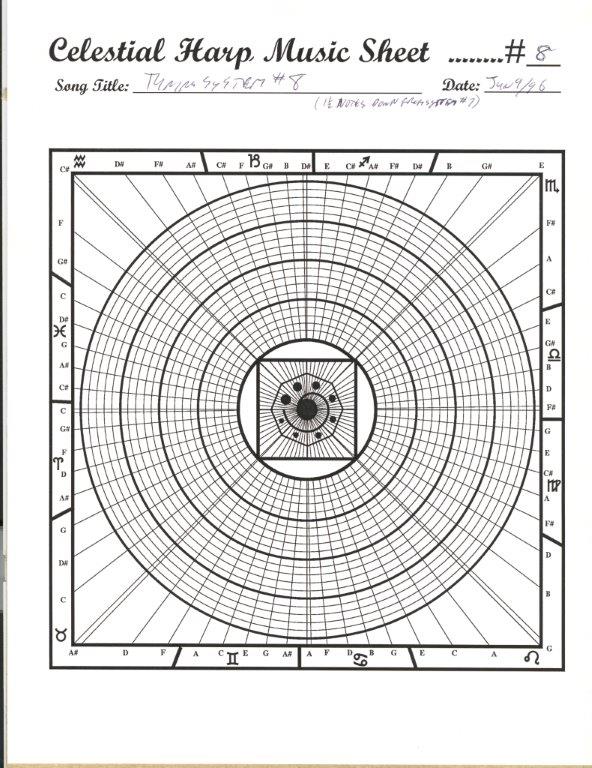 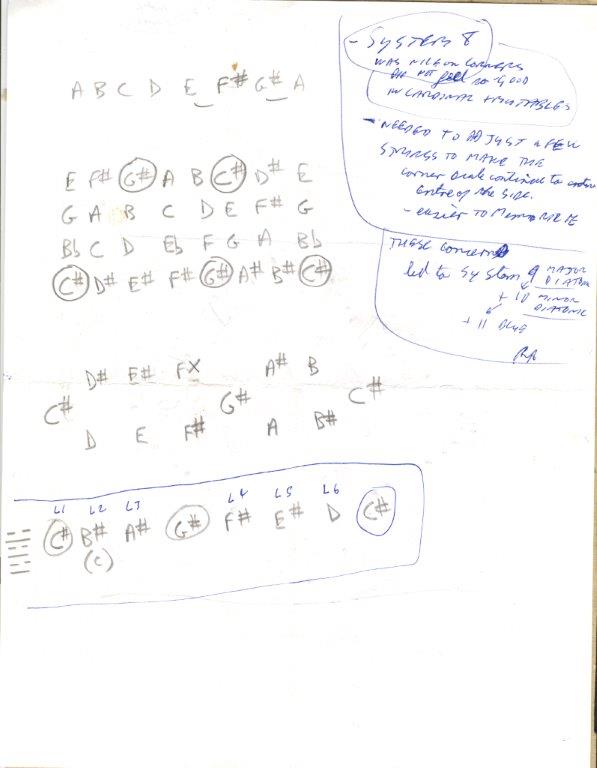 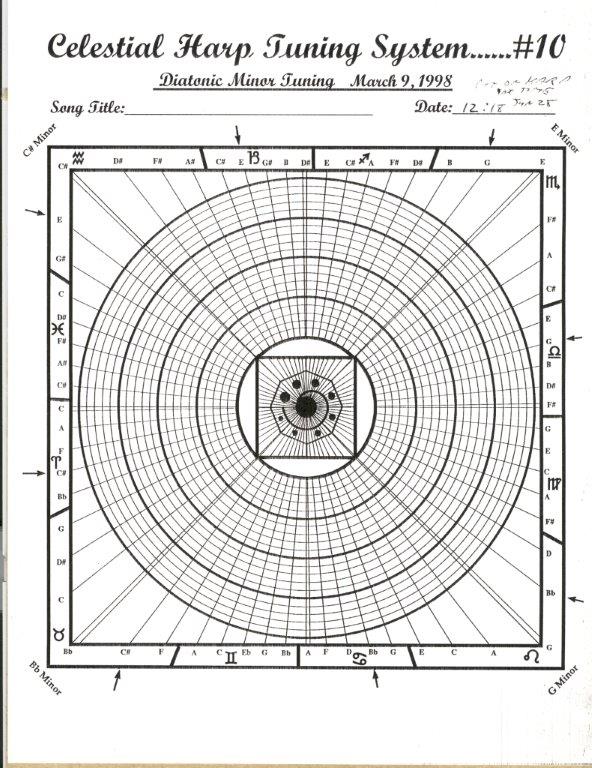 There were a few minor changes from system 9 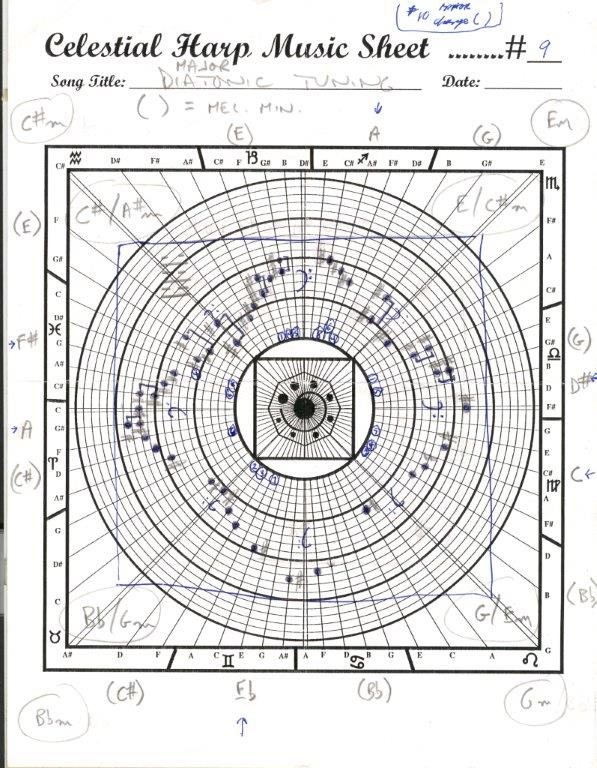 System 11:  1998 Blues Tuning from a friend who stopped by once and figured it out. His name was not recorded on it. 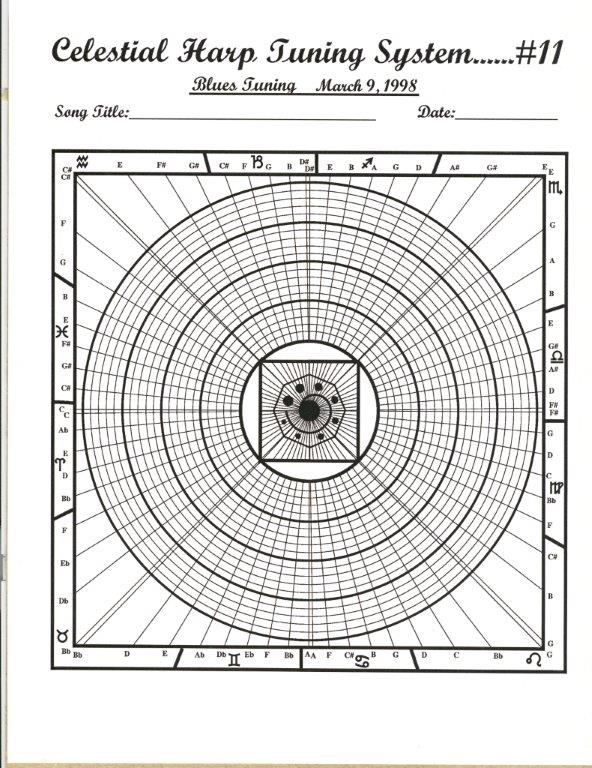 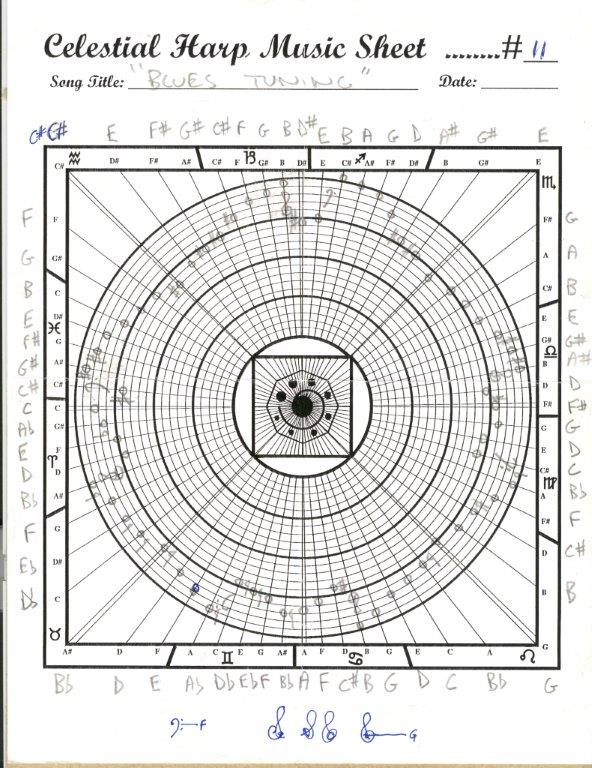 Before going to System12 a new cleaner  form was made and the tuning systems 8 to 10 were redrawn. 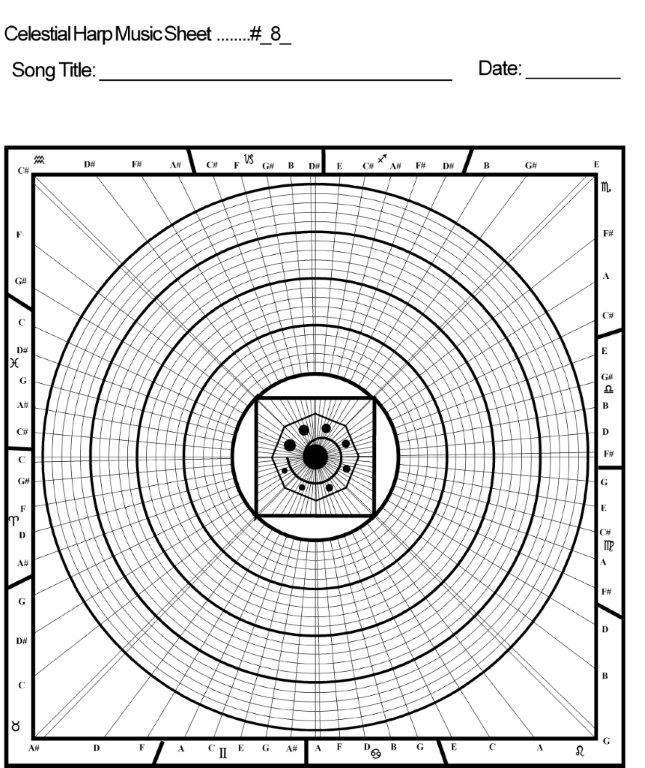 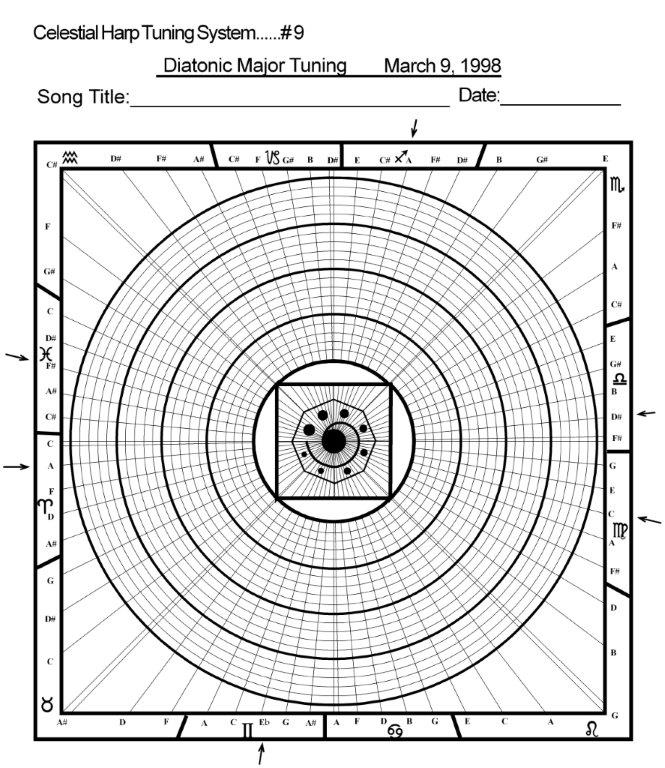 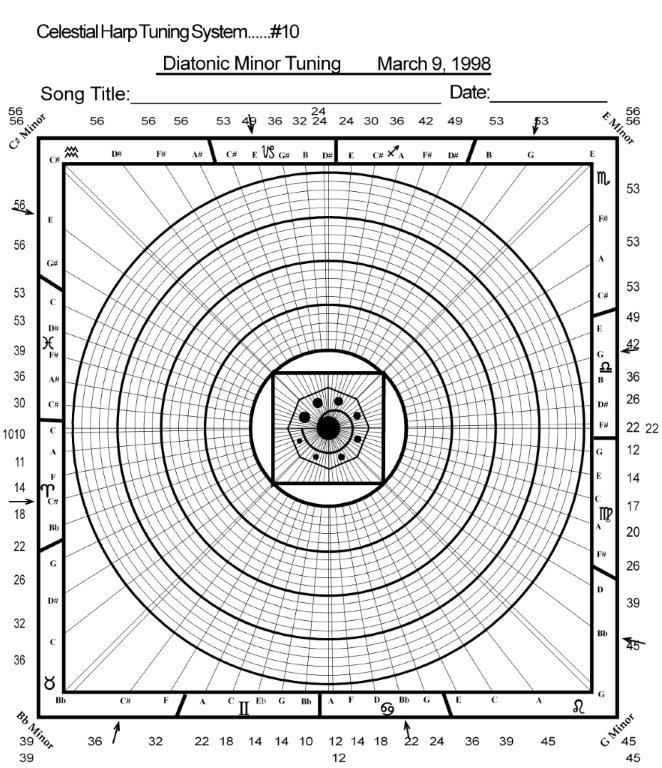 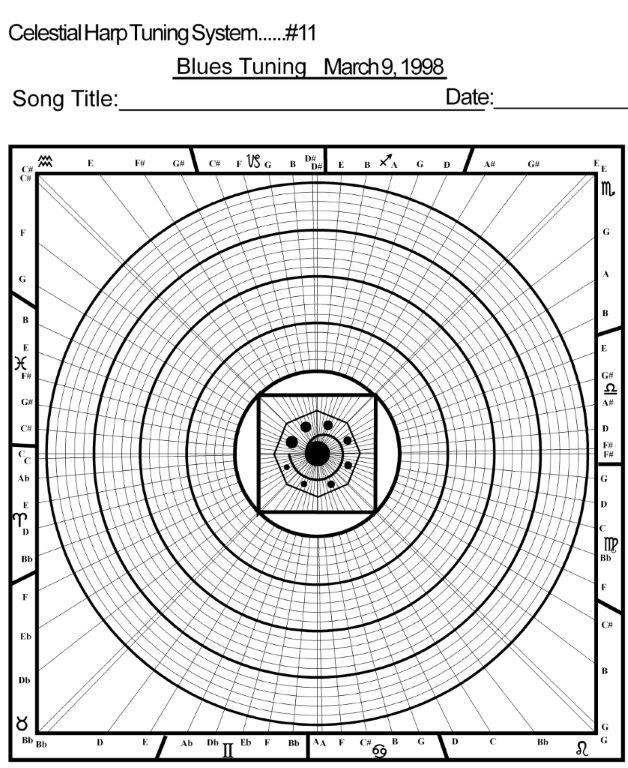 Tuning System 12: Apr. 27, 2003 by Robin. This was a big jump to chromatic tuning. Also the string thickness was added for ease in replacing. 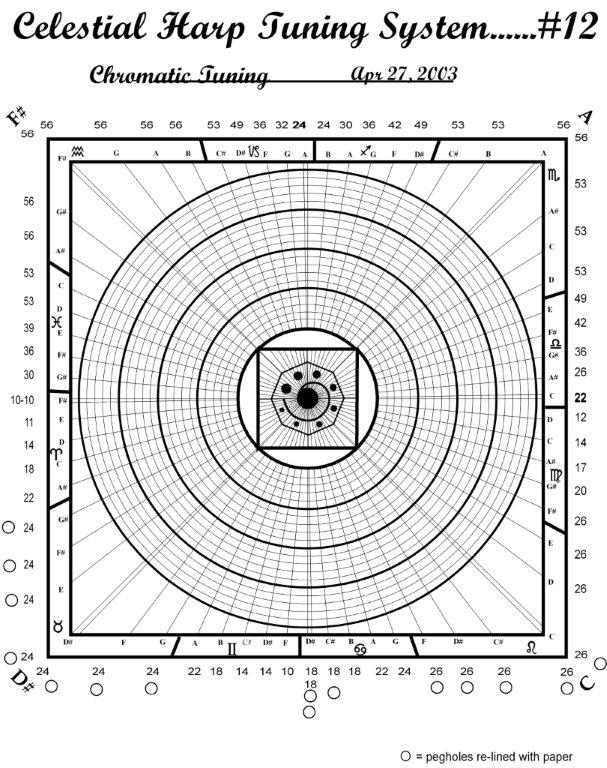 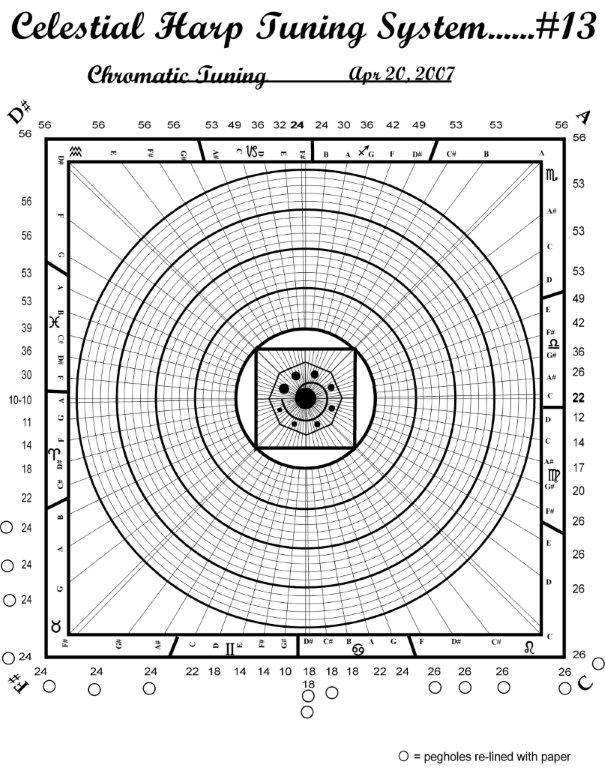 And this is where it has stayed for 9 years!

The chromatic system enabled the harp to align with piano and many other instruments. But it did take years to get used to.

But in 2015 the tuning system was changed for A=440 to A=432.  I did not expect much of a change, but instantly it was remarkable and profound. An deeper emotional quality emerged. It really felt different but also more directly to my heart.