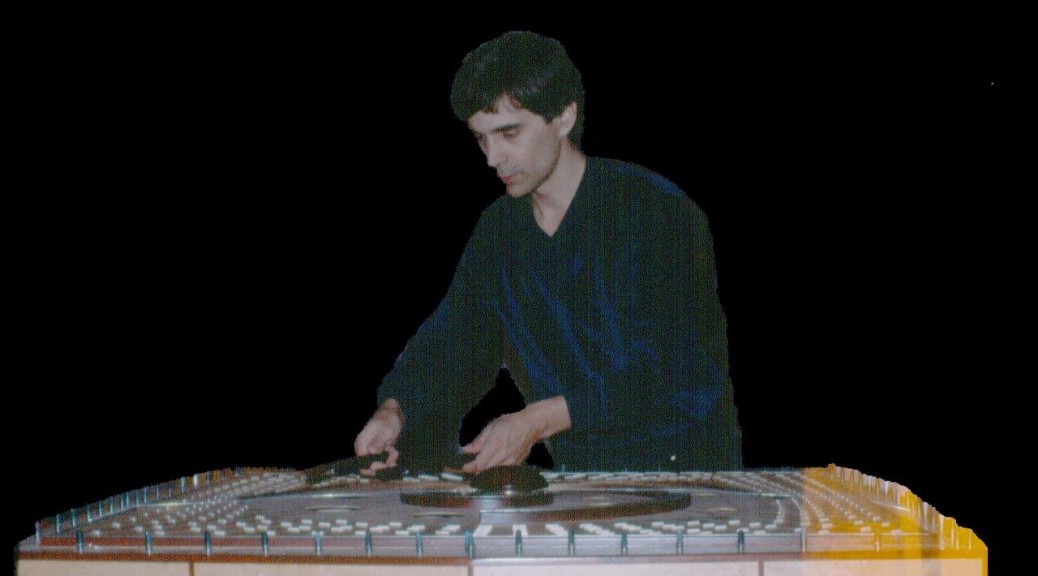 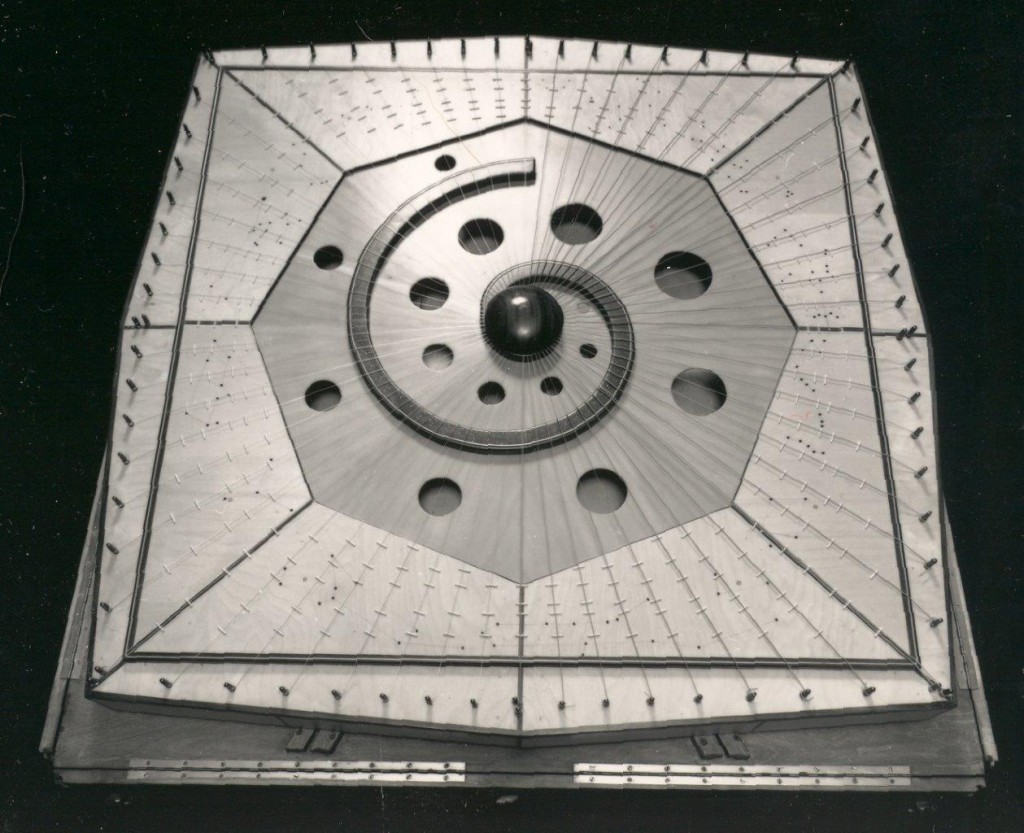 The Celestial Harp sits on its own case. The sides fold down and the base of the case acts as a table stand. The stand took several years to develop and one day a friend just stopped to get the measurements and the came back a few months later with the case. It is still the same case I use in 2016! 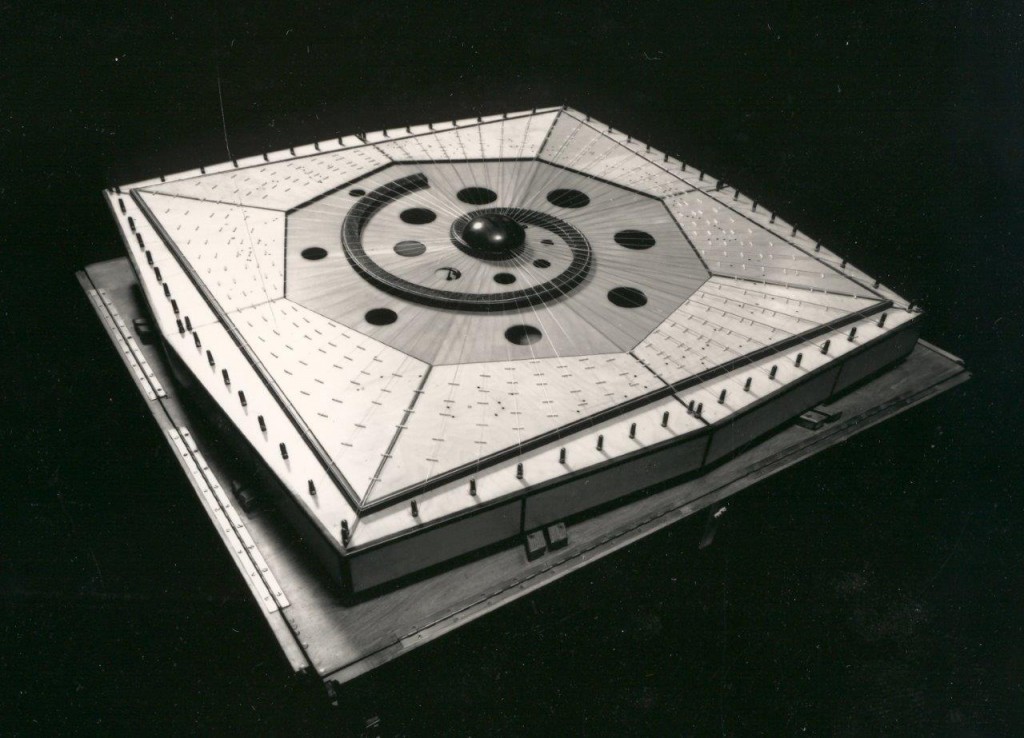 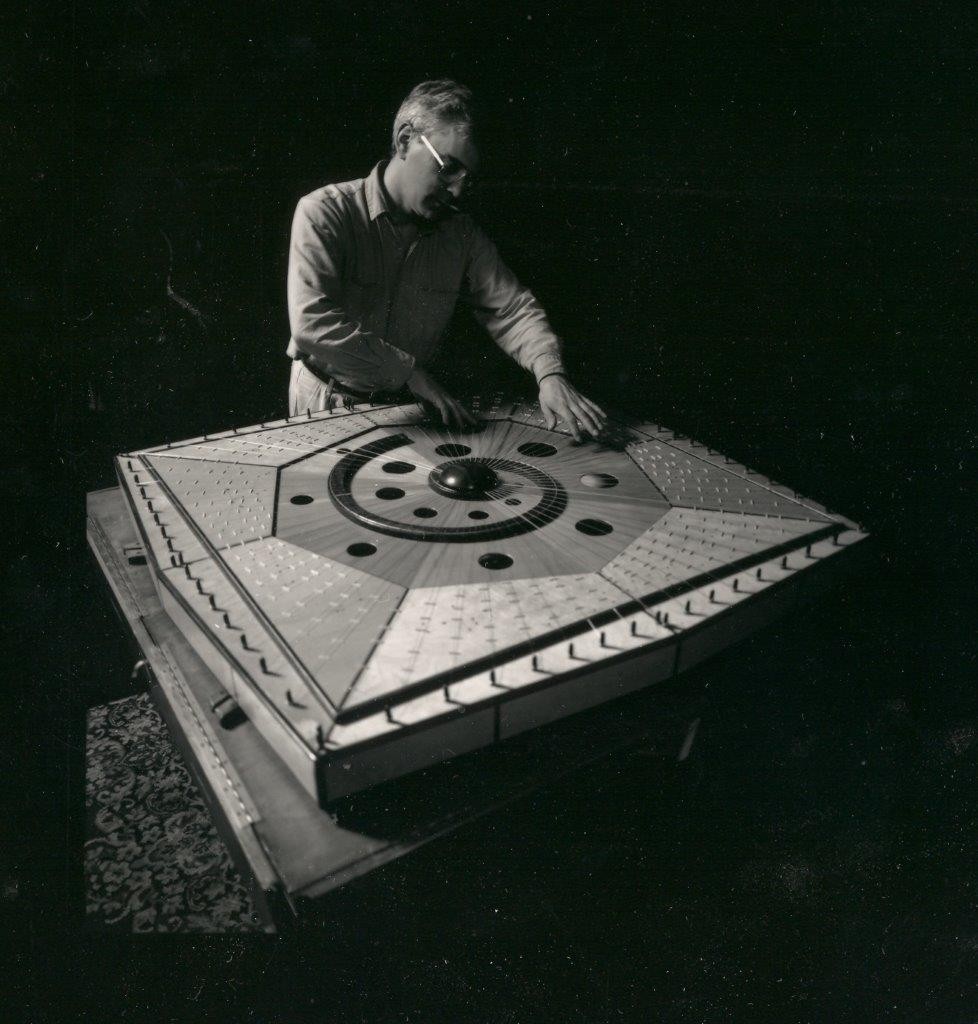