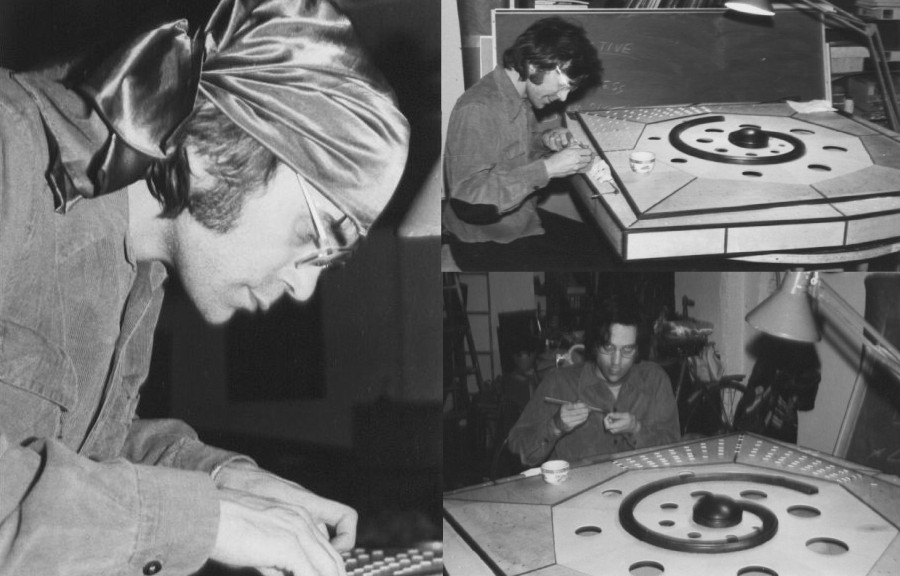 Robin Putting the Frets on the Celestial Harp

Some of the last stages took the longest amount of time. Measuring where the frets had to be placed, marking the harp, gluing on the frets….. that’s why the are called frets! 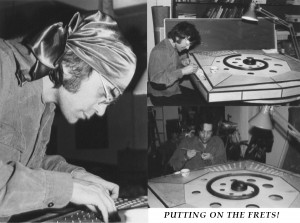 Frets on! This is the first picture with the frets on.

Still no strings yet, but the frets are there. 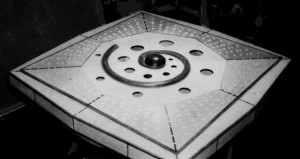 Second picture with the frets on. 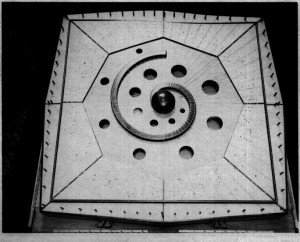 Strings on! Finally the strings are on. It seemed like my work was finished. However it became apparent that a new work that would take years was just beginning. Tuning the harp!

This is the first picture of the completed Celestial Harp April 9, 1979

It was ready 12 hours before the performance time at the World Symposium for Humanity.