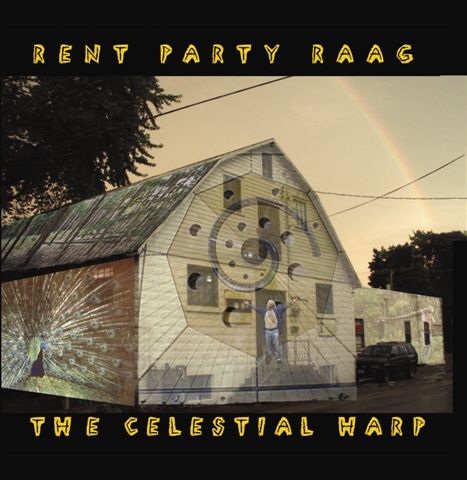 A rent party is something you do, when you don’t have enough money to pay the rent. You put the word out that there is going to be a rent party. Anyone can come to a rent party. You have to have some drinks and some food. But it is the drinks that are  most important! Everybody pays something to get in the door! After that you have a rent party.  Rent parties usually go well into the morning, but they really only last as long as there are drinks. When the drinks run out, everybody leaves and the party is over. There were not a lot of people, but there were just enough to cover the rent!

This is where I live and work. It includes the Star Centre where I play and record the celestial Harp. When the income is irregular and times get tough, and it seems impossible to pay the rent, that is when you have a rent party!

The drinks ran out relatively early for a rent party, by about midnight and I was alone. Peter Rivington brought over a Kaossilator and left it with me, So I stayed up the rest of the night playing the Celestial Harp and adding the Kaossilator to it.

So this was truly a solo performance, but it did mange to raise just enough money for the rent. I was grateful and relieved!

Track 04. You Should Have Seen Them Dance ….     5:38
Robin Armstrong on the Celestial Harp
and the Kaossilator.