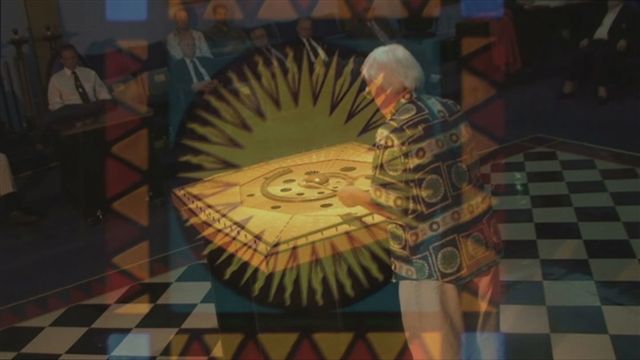 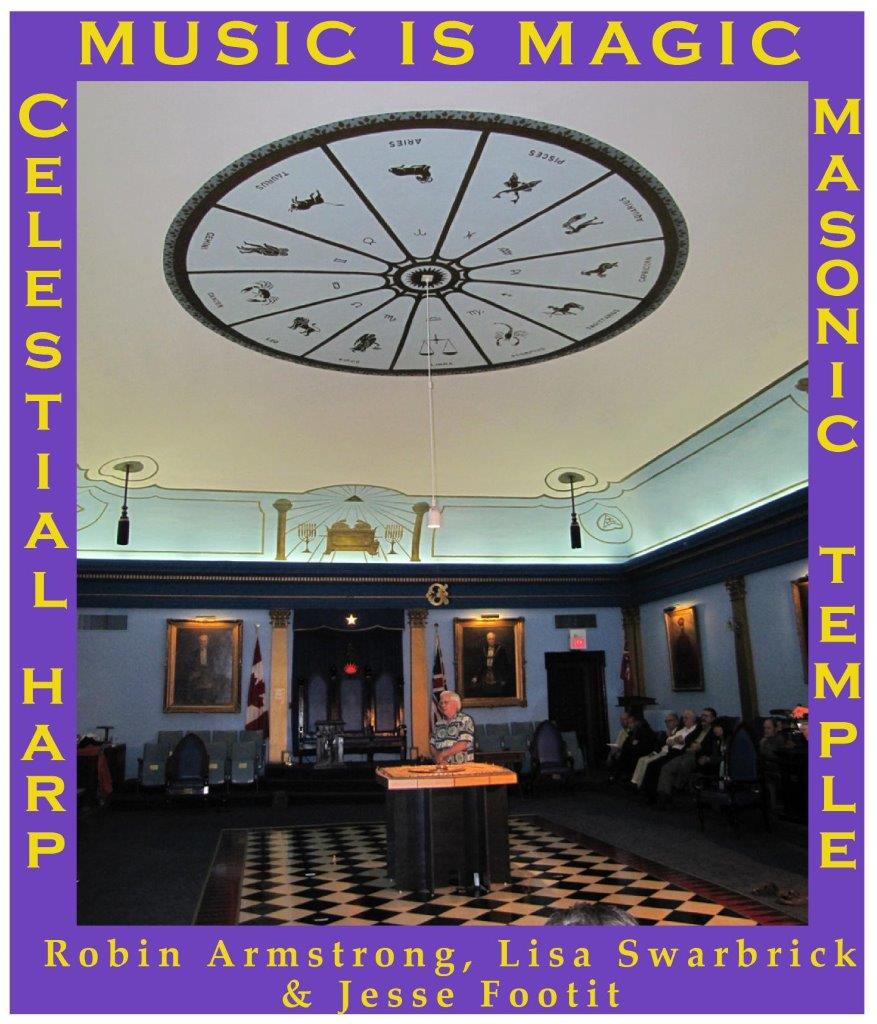 A Performance of the Celestial Harp for the Rosicrucian Society in the Victoria Masonic Temple with Robin Armstrong, Lisa Swarbrick and Jesse Footit.

The idea for the Celestial Harp came from a vision after thirteen months of meditating in solitude in India. The vision was a merging of Astrology, the I Ching, colour and music, The Celestial harp was designed to play a person’s horoscope and even the horoscope of the moment one was playing.

It is a 72 stringed instrument with strings radiating out from a central core. There are eight double strings and frets fro every string. The music moves around a circle and there is no real beginning or end to it. It is designed for several people to play at the same time.

It is a classical instrument and it is both acoustic and percussive. It incorporates the rhythms of the Zodiac and the changes within the I Ching. The constellations are inlaid in the top of the harp and each string represents one hexagram.

As the strings radiate out, they cross over a spiral bridge, a circle of frets and a square bridge. The relations of the spiral, the circle and the square represent the mathematical foundations of the Celestial Harp. Your fingers represent the Sun, the Moon and the planets.

The Celestial Harp represents the birth of a new galaxy in the universe of music.

Special thanks to Niall Good who had the idea to bring the Celestial Harp here for the Rosicrucian Society and for the Masonic Lodge. Being a member of both groups he was able to get all the permissions to make this possible.

Sound quality: The audio system did not record the session properly so we had to use the mic in the camera. Unfortunately the are humming and whirring sounds in  the background that become noticeable at times.

Filming and Production by Peter Elliott 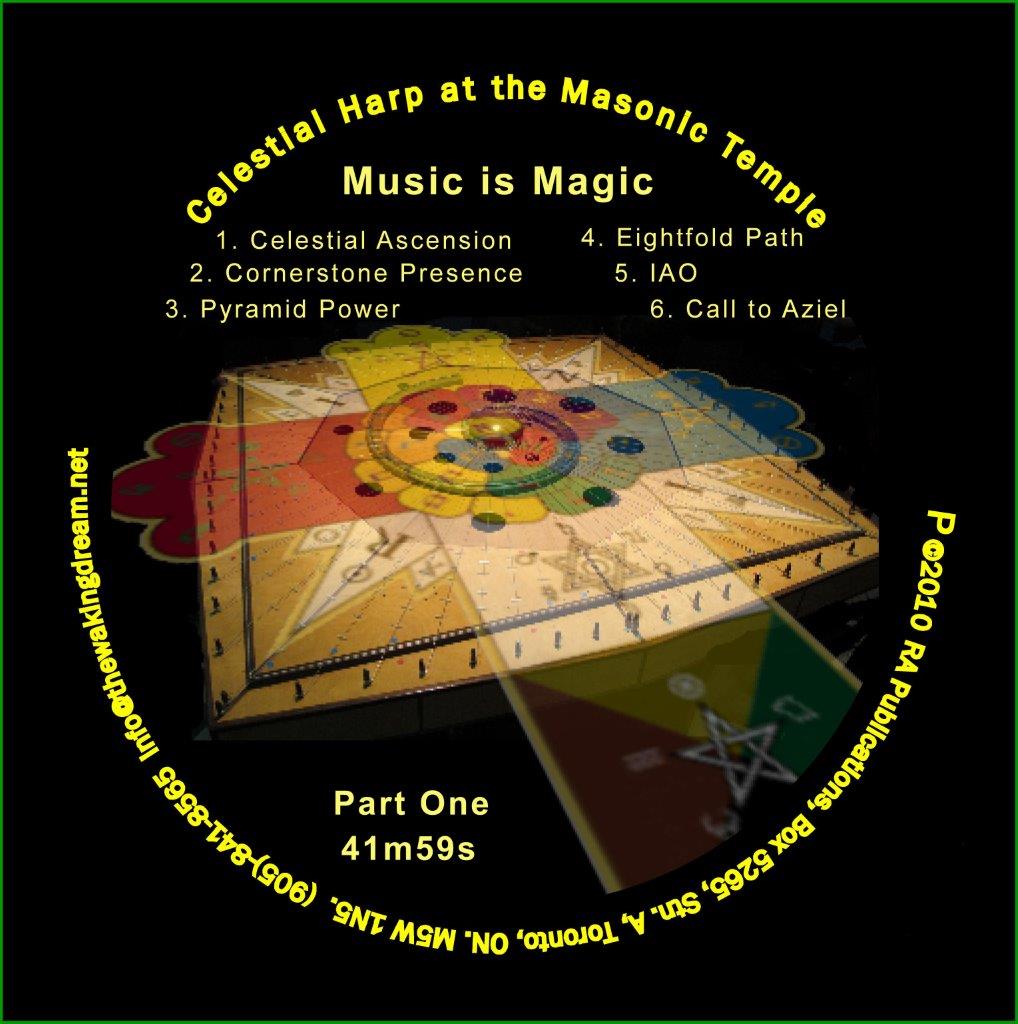 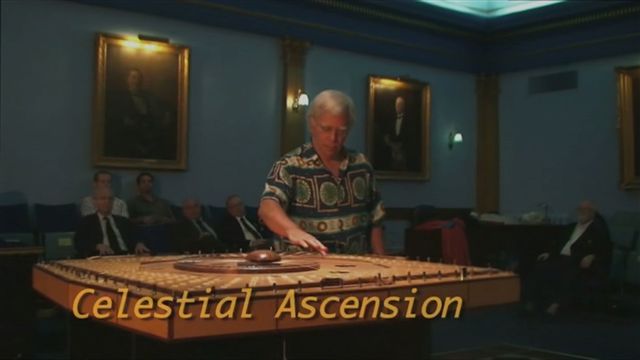 Robin strumming around the Celestial Harp so that the complete cycle of sounds in the harp and in the zodiac are heard. 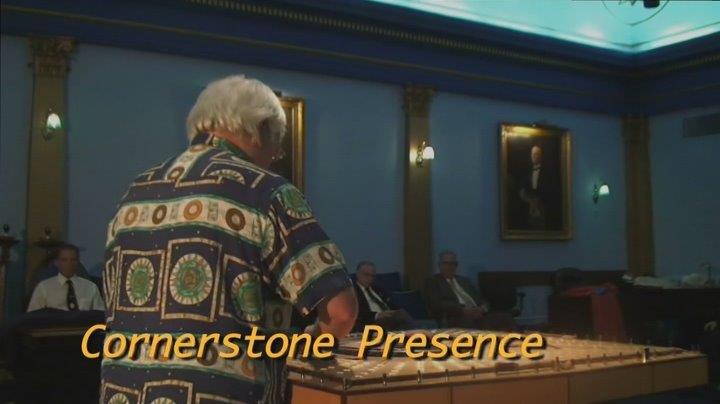 This piece is based upon the horoscope drawn for the laying of the cornerstone of this Masonic Temple on July 3, 1909. Also included are segments relating to the horoscope progressed to June 29, 2010, one hundred and one years later for the time of the performance. The planetary positions for the performance were also taken into consideration. 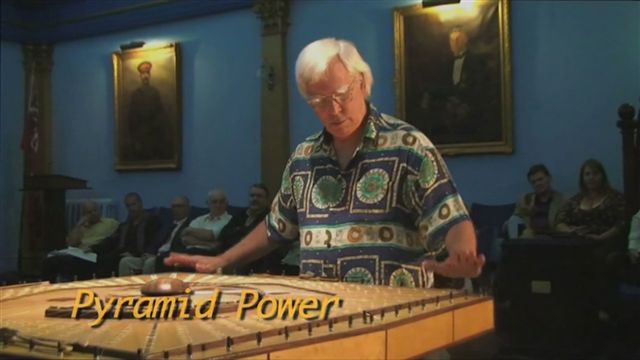 This is a percussive piece played on two corners of the Celestial Harp which is includes the shape of the pyramid in its design. 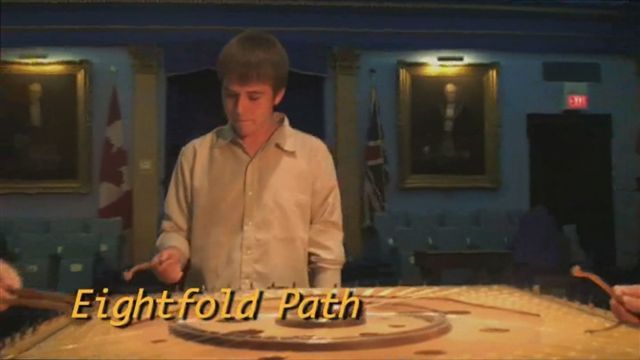 This is a percussive piece for three on the harp. The 8 trigrams of the I Ching are played. The trigrams also correspond to the eightfold path of the Buddha. 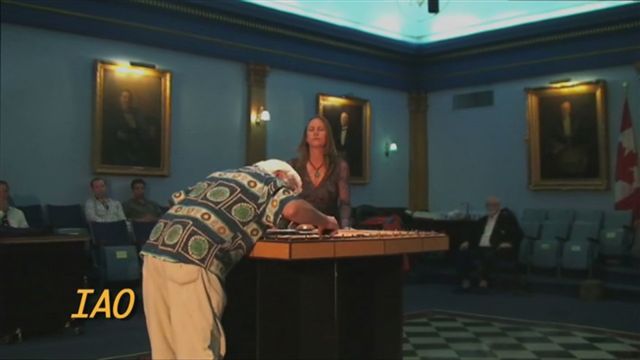 Chanting a sacred chant into the Celestial harp. 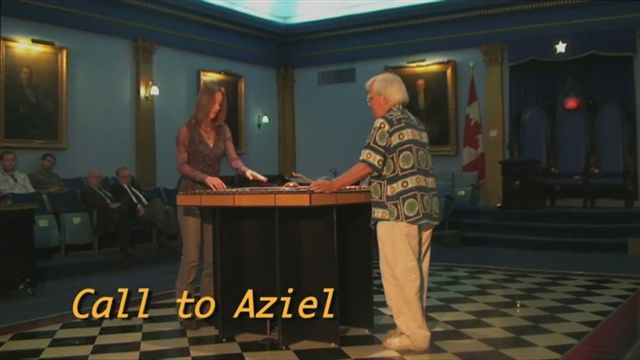 This was inspired by the name of the street on the side of the temple. Aziel governs 11 to 15 degrees of Taurus and has special qualities to reveal to the magician who invokes her. 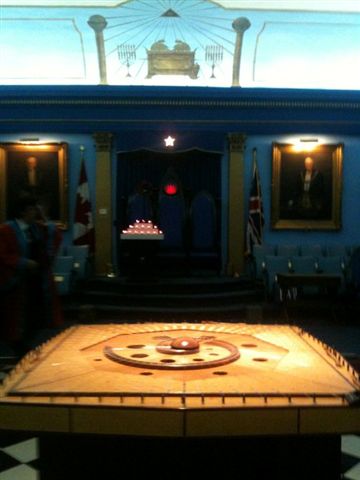 Robin explains the construction, development of the Celestial Harp and reveals some of the meaning built into it.