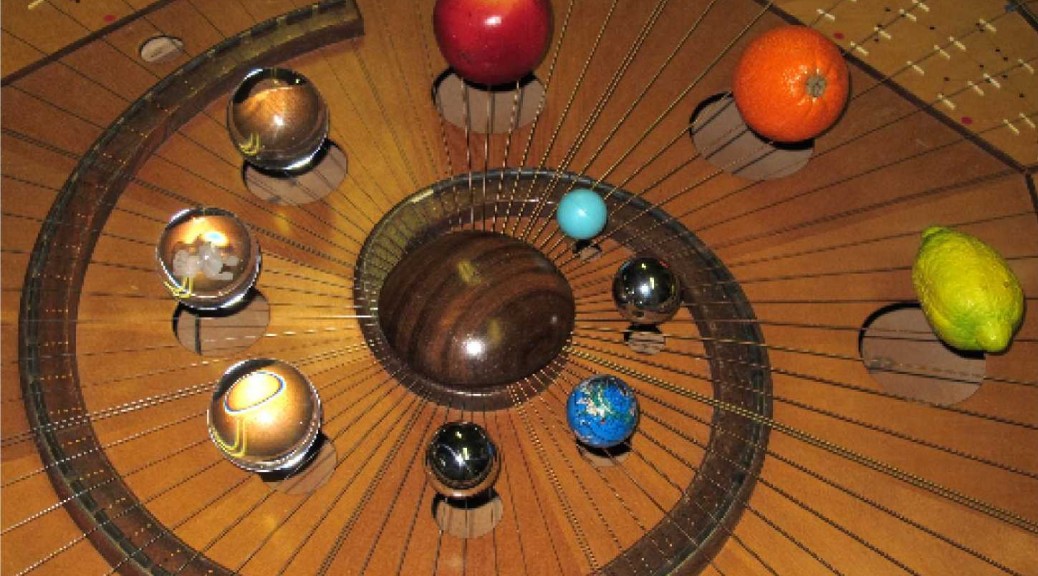 The idea began by using the centre piece inverted and moving it on the strings. It evolved into wondering what other spheres or orbs might sound like..